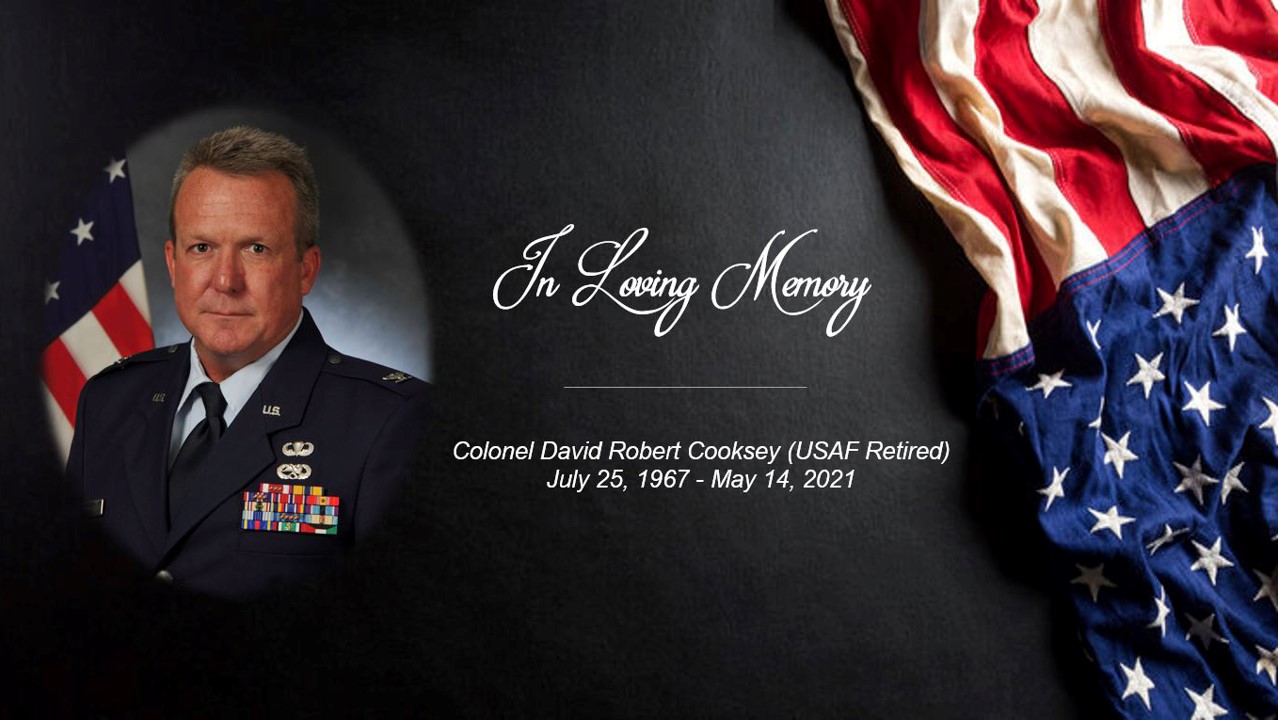 To honor Dave and his family's wishes, FPMA made a donation of $1,000 in Dave's memory.
You can  assist veterans in need, in Dave’s memory, by making memorial donations to:

The Bayside Wounded Warrior Fund LLC,
Attn: Andrew Wilfong
1048 Anchor Road, St. Johns FL 32259
David's wife Nicole and their children Beau, Jon, Luke, and Kelly intend to use contributions to this account to address education and other support needs of military spouses and families that find themselves grieving the loss of a service member. The family will select and make awards aligned with what they know Dave would have done.


David was a proud veteran. Dave joined the United States Air Force on July 5, 1985, when he became a cadet at the United States Air Force Academy. He graduated from the Academy on May 31, 1989, with a Bachelor of Science in Political Science and Government. As a Second Lieutenant, he was an Intelligence and Communications Officer at Shaw Air Force Base, South Carolina. David was part of the initial cadre of forces that deployed to Saudi Arabia for Operation Desert Shield and Desert Storm to repel the Iraqi invasion of Kuwait. While deployed, David prepared the infrastructure to support the deployment of over 500,000 troops to the region. David also served in Operation Enduring Freedom and spent significant time in Combined Joint Operations in Saudi Arabia, Bahrain, Qatar, Egypt, Jordan, and Djibouti. In 1995, after completing his MBA at the University of South Carolina, Dave separated from the USAF to work in his family’s business, McCall Service.

As a direct result of the tragic events that occurred on September 11, 2001, Dave felt again called to the military and he joined the USAF Reserve as an aircraft maintenance officer. The flexibility of the Reserves allowed David to continue working at McCall Service while dedicating time to also be in the Air Force. Initially assigned to Charleston Air Force Base, Dave ultimately was the Operations Officer for the organization and was responsible for ensuring the base’s aircraft were fully operational, safe, and ready to fly. In 2010, David transferred to Patrick AFB in Florida, where he rose through the ranks to become the base’s Deputy Group Commander. Dave was promoted to Colonel and led the deployment of his unit to Djibouti. In Djibouti, they were responsible for counterterrorism missions against Isis and Boko Haram terrorists. After an extremely distinguished career in the service of his country, Dave retired from the reserves in 2017.

"In the midst of winter I finally learned that there was in me an invincible summer."
​~Albert Camus